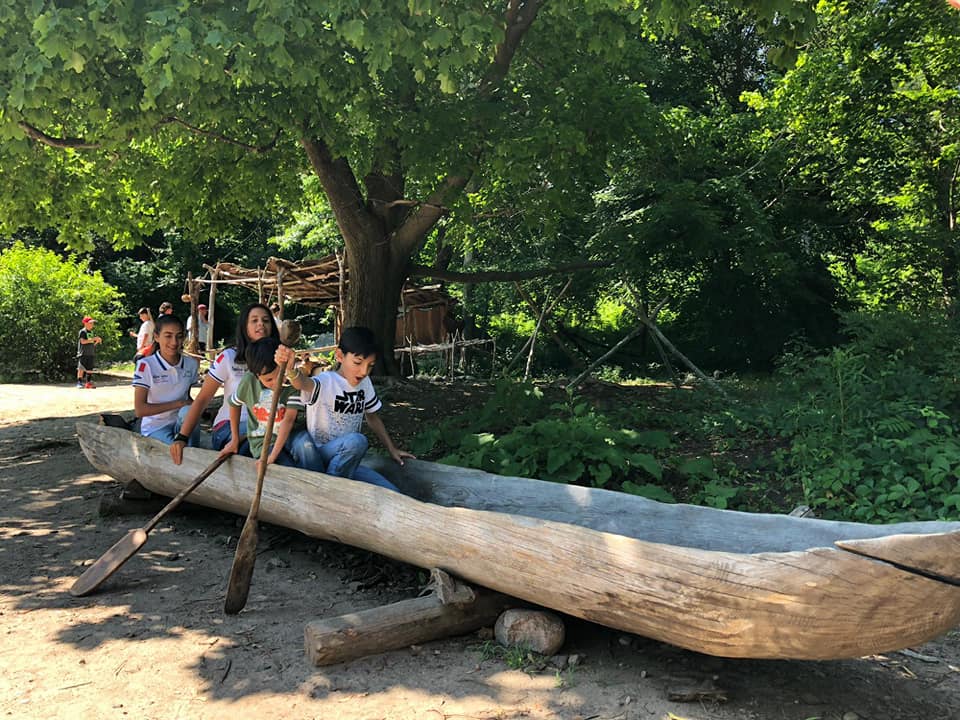 Again this year the American adventure starts again for the kids of the Mascalzone Latino Sailing School.

This year Miriana and Ilaria have been rewarded for their scholastic and sporting behaviour and results with the transfer to Boston.

We met it 10:30 AM at Capodichino, a bit of the queue for the check-in, goodbyes and ritual photographs with families and then off to Frankfurt. While waiting for the first flight, the girls also had fun with the piano installed in the airport.

The first flight was soon over, everybody took advantage to start reading up on the transfer and soon we were in Germany. The wasn’t long to wait, just time to taste a pretzel, play on the tapis roulant and then we were at the gate again, this time heading for Boston!

The girls quickly mastered the screens on the seats, were curious to taste the in-flight food and began warming up with a few words in English with the hostesses. Some watched films, some cartoons and someone slept, despite having said she never would (right Miriana?). After an eight-hour flight at last we landed in Boston where we discovered there had been a nasty thunderstorm. Entry formalities went quickly, we recovered our luggage and at the exit we found the always smiling Ms Saraceni, together with her husband. They took us to the house of Giovanni Abbadessa, who would put us up for these first days in the small town of Winchester.

Giovanni gave us a warm welcome as always, got to know the girls, offered them a slice of pie and chatted, remembering his past experiences in Boston with other students in past years.

By now it was late, it was time for a well-earned rest. Tomorrow would be our first day in Boston!

The night passed fairly smoothly. Jet lag occasionally woke us up, but we kept our promise not to get up too early. At 8 o’clock I left the room and we met almost by chance on the stairs. I was still in pyjamas, the girls were already ready with their Mascalzone Latino T-shirts, they waited for me to have breakfast. After a while Giovanni and all the family joined us, we chatted over breakfast and then began our very busy day. An artistic start with Lucia, an Italian who paints and organises art lessons in Winchester. Ilaria decided to have a go and under the guidance of Lucia painted a nice picture of guess what… The sea, obviously.

After a walk in the pretty town which perfectly reflects the American dream, we had pancakes for lunch and then the afternoon headed for Plymouth to visit the village where “the American experiment began”. The girls were very struck by the story of the first pilgrims arriving on the American coasts, the ties they had with Native Americans thanks also to a living museum in flesh and blood where you seemed to go back to the times of the Mayflower.

On our return from Plymouth we headed for Sommerville to have dinner with other members of the PIB, a first chance for Ilaria and Miriana to show their simple and likeable natures.

Tomorrow there will be the first races at the MIT club.