On July 29, 2009 a collaboration agreement was signed between the Mascalzone Latino Sailing School and the Italian Navy, which made available the structure at Molosiglio. The Navy, which is always open to initiatives aimed at helping the most distressed social sectors, played an active role in the initiative. The School is in fact sited next to the Armed Forces sailing centre, where many young Navy sailors train. The principle is “dual use” of the structures which, though originally for military purposes, can also play a role in the civilian sector, following a philosophy aimed at optimising resources and costs: the Mascalzone Latino Sailing School is committed to constant restoration and maintenance work on the structures to guarantee their condition and efficiency.

The sailing school has several Patrons: 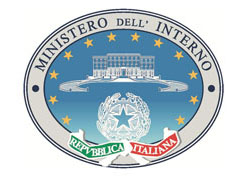 The activities of the School began by involving certified associations operating in the most difficult social areas of the territory. With them, through their tutors, participation by the kids in sailing courses was planned. Selection for entry was handled directly by the associations on the basis of criteria that took account solely of social distress. Later the Sailing School began operating directly with the schools in certain particularly problematic districts.

Since 2010 almost 1100 kids, aged between six and 18, have attended courses, some of them intensive, lasting a maximum of 16 weeks. Summer camps are also organised with groups of 10 students a week for two weeks.

More than 30 associations and schools have so far joined the Sailing School project.