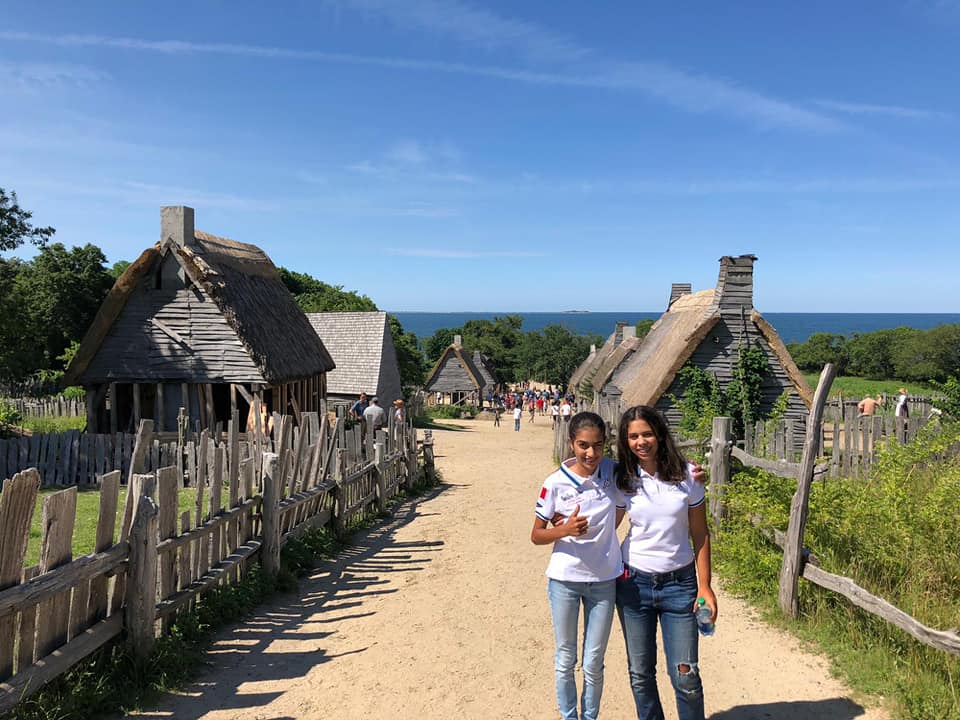 The third day of our adventure is about to start, the second day in Boston. We are beginning to get over jet lag and the girls didn’t get up before 8 o’clock as agreed. Their problem is never staying up late, but not sleeping enough!

Breakfast with Giovanni and his family. We prepared our banks with the equipment for an outing on the water because today there would be the first trial races at the MIT club. We left the house with Giovanni who drove us to Cambridge and together we had a short walk along the road where some of the most important pharmaceuticals of the past 20 years were created. After a while he handed us over to the Saracenis who with great charm offered us what I now define as the “Saraceni perspective”, a kind of overall panorama of the city that gives a first visual and first-hand experience of the most important places in Boston. We passed from the most important universities in the world to points of historical interest, through to Boston Common and shopping centres such as the Quincy Market. Marialuisa very kindly offered some small gifts to the girls after a visit to the Hard Rock Cafè and the stalls of the Quincy, then we went to their home in Everett for a real Italian lunch. America may be a great country, but when they speak Italian in the kitchen time stand still! Other than baked pasta, chop and ice cream and then we headed for Boston again. On the road we saw the new casino which, in addition to shops and many restaurants, houses the Popeye by Jeff Koons, the famous contemporary artists. We also passed by the former prison which saw the murder of Sacco and Vanzetti and is now used as a school. At 4:30 PM we were ready outside the MIT club.

After issuing Miriana and Ilaria with their badges, we rigged the two Techs on which we would sail, trying to understand the many differences of this unknown boat compared with the ones we were used to. I must say that our girls kept up their enthusiasm and headed into the practice race. Slowly slowly (but not that slowly) they got used to the boats and began to make the first five in every race, causing plenty of head scratching for the students and professors of the MIT, who were being beaten by two girls of 12 and 14 years. We finished our races with a well-deserved first and second place. Tomorrow it will be harder, the level will be tougher, but Ilaria and Miriana are ready to go out on the water and have fun and gain experience. Well done!

Back on land we met up with Francesca and Antonella who took us to dinner at the Quincy Market, where we met some other Italians in Boston who got to know Miriana and Ilaria, exchanging life stories. Ilaria and Miriana were very struck by the lives of these women who after years of study and with great enterprise began a life of professional success in this magical city. But by now it was late, we started yawning and it was time to go back to Giovanni’s house to rest and get ready for the next day.