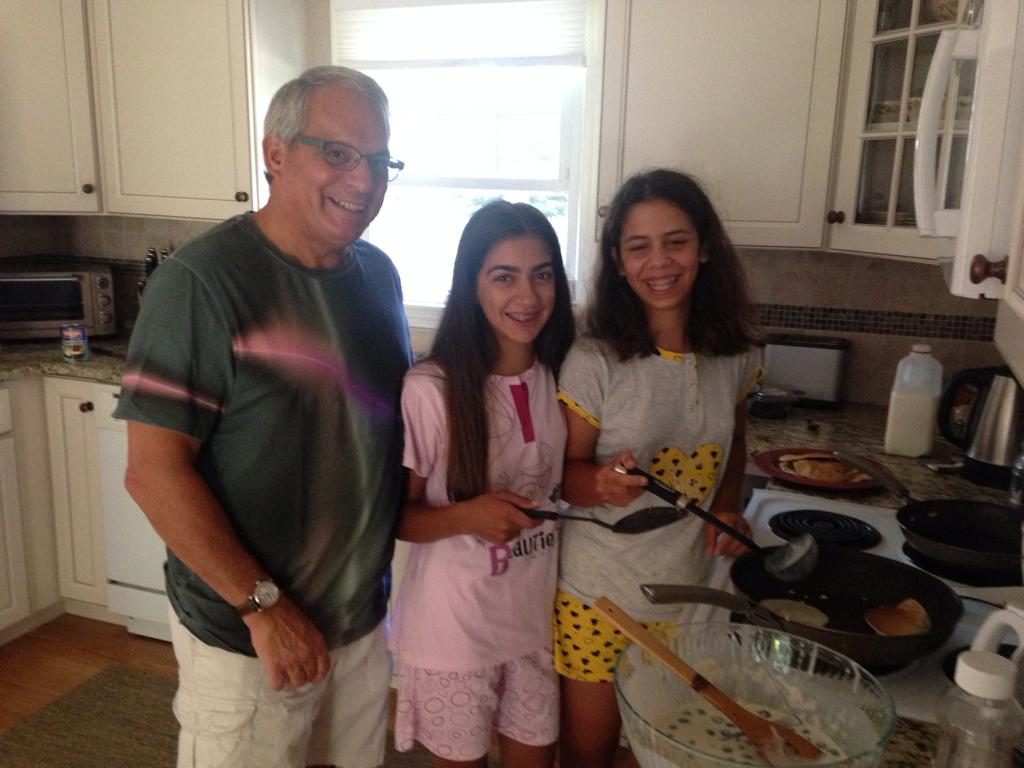 Last full day in Cape Cod. It’s Sunday morning: just think that last Sunday was our first American wake up. Time has flown. Frank and Francesca left early to go to Mass but left us an entire tray of Dunkin doughnuts (as eaten by Homer Simpson!).

I checked the mail and started sorting out the work to do when I got back as I sipped a Coffey: an hour later Miriana and Ilaria arrived, still in pyjamas. Frank certainly knows how to make the girls feel relaxed! We tidied up the table, took some juice and began eating the doughnuts. After a while Francesca and Frank returned, joined us for breakfast and Valentina, her son Rafael and Mario joined us from Boston. The table quickly turned into a travel agency because to friends of Frank arrived and took advantage of all these Italians to get some hints for their forthcoming trip to Italy.Today we’ll be having lunch with Claudia and Dan who live near to Falmouth. The girls went to have a last dip in the ocean with Valentina, Rafael and Mario before lunch. They came back at 1 o’clock and, together with Francesca, we went to enjoy the hospitality of our new friends. Claudia had cooked pasta with tomato in chips and Dan showed us a very special way of cooking chicken with beer. The girls appreciated everything a lot, including the chicken, and had fun in Dan’s fine house thanks to a hammock and a rope hanging from a tree. In the afternoon we had a walk to the lighthouse, in the middle of greenery facing the sea that separated us from Martha’s Vineyard. We returned home from where Dan was waiting for us with a watermelon (without seeds, much appreciated by the girls!) And a little later took us first to buy some Cape Cod souvenirs and then back to Frank’s place: as always we had dinner together after a bike ride and playing with a frisbee.

After dinner we had a last bike ride through the avenues of Falmouth and were lucky to see some fireflies. Neither Miriana nor Ilaria had ever seen one. Unfortunately, in the city where we live there are ever fewer green spaces and it’s impossible to find these rare and precious insects.

Back home we saw a silly but amusing film with Frank to give him some practice with his Italian, which had improved over the years perhaps thanks also to our summer expeditions.

After the film we all went to bed: tomorrow we would go back 1st to Boston and then to the airport… and Italy!